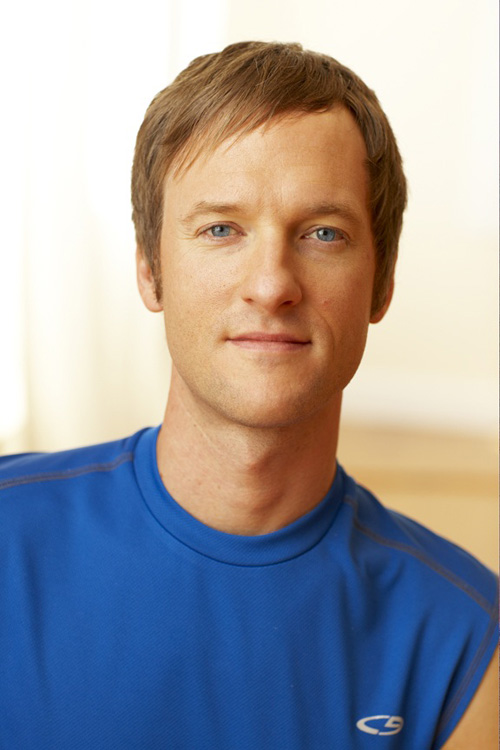 Jason Crandell was recently named “one of the next generation of teachers shaping yoga's future”, for his skillful, unique approach to vinyasa yoga. Jason's steady pace, creative sequencing, and attention to detail encourage students to move slowly, deeply, and mindfully into their bodies. Jason credits his primary teacher, Rodney Yee, teachers in the Iyengar Yoga tradition such as Ramanand Patel, and ongoing studies in Eastern and Western philosophy for inspiring to him bring greater alignment and mindfulness to vinyasa yoga. Over 10 years, Jason's "knack for explaining subtle body movements in a way that anyone can understand," has opened many doors. Most recently, Jason created three Yoga Journal DVDs. He is also a contributing editor for Yoga Journal and has written many articles —many of which have been translated internationally (including Japan, China, Italy and Brazil). Jason teaches extensively at conferences in the United States and abroad, is part of numerous teacher-training faculties, and directs the prestigious Mind/Body Center at the San Francisco Bay Club. www.jasonyoga.com Facebook: http://www.facebook.com/JasonCrandellYoga

Yoga is the perfect opportunity to be curious about who you are.

I have visited many cities and met many people in Japan. I am always impressed at Japanese students’ attentiveness, high skills, earnestness, and warmth. I love this country…there are so many delicious foods too! It’s a great pleasure to have a class at the biggest event, Yogafest. I look forward to seeing familiar and new students!

09/23 09:00-11:00
Developing strength, stability and integrity: How Awakening Your Core leads to greater steadiness and integration  [23A1]