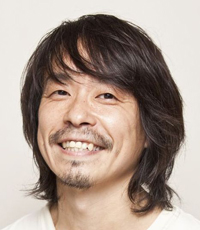 As founder and director of Tokyo Yoga (TYG), chama actively teaches both in Japan and abroad. Born in 1967, he became a yoga instructor after pursuing a variety of careers including managing a reggae club, TV & commercial program planning & production work, having attended training programs abroad and working as yoga assistant. Studied directly under K. Pattabhi Jois and Judith Hanson Lasater, he is dedicated to train other yoga instructors using well-established Astanga-base method combined with functional anatomy, elements of restorative yoga and knowledge on craniosacral body work. To achieve TYG’s mission to “make the world brighter through yoga”, chama actively leads classes at its studios in Shibuya, Aoyama, Osaka & Izukogen. As well, he is engaged in expanding yoga community through a variety of ways: being a publisher of a free yoga magazine, “Yoga Yomu”, and yoga te-cho (yoga datebook) and providing directions for the yoga brand “samavsm”. In 2011, chama also started “Yoga and Music Charity Retreat in Tohoku” and having organized and led volunteers to help supporting people in Tohoku region through yoga. In 2012, his activities were publicized in Yoga Journal USA. Home Page：http://www.chama-yoga.com/ TYG：www.tokyo-yoga.com Facebook: www.facebook.com/chama.tyg

He that would know what shall be, must consider what has been. Fall down seven times, get up eight. (Try until you succeed.)